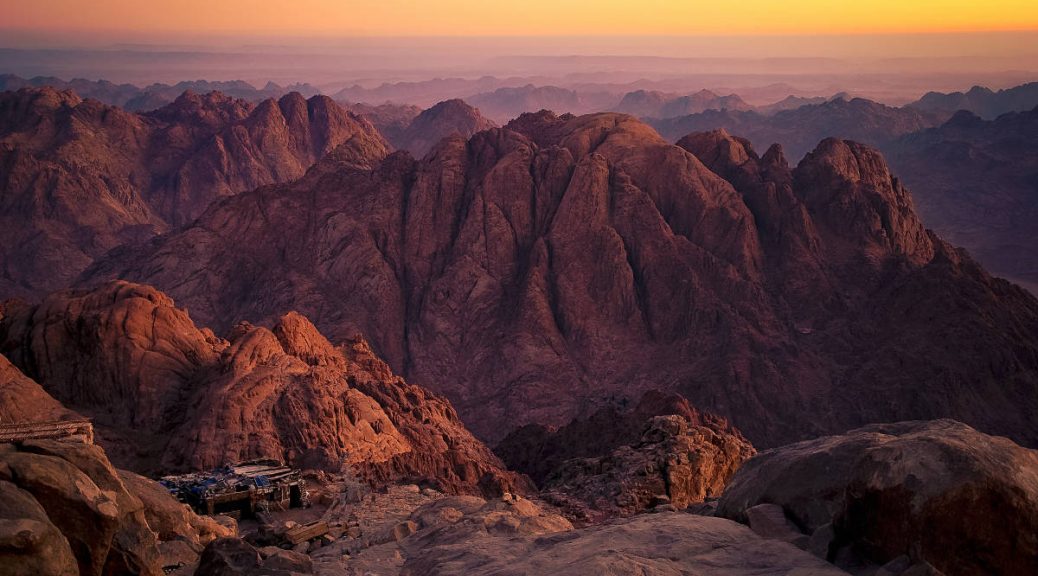 As a parent of four sons, I’ve learned that I have to approach each of my kids in a unique way. While my goals for them are fairly identical, the journey leading them there is not. What will teach or comfort one boy can have no effect on his brother. They are individuals, and being a good parent requires treating them as such. I think God parents us in the same way.

Recently, I have been studying through the Old Testament and am enjoying some of the details of the stories of the faith heroes I’ve known about my whole life. In particular, I am noticing the differences in how God interacted with different people. For example, with Joshua God is consistently steady and encouraging – “be strong and courageous!” With Moses, however, God sometimes seems… harsh. Knowing that God is unchanging, I think the differences are actually in the two men. God revealed specific parts of his personality to them because those aspects were what needed to be emphasized in order for them to truly know him.

In Deuteronomy 31, God tells Moses in the abrupt way that he often used with him that it was time to head up to the mountain to die. He told Moses, “After you are gone, these people will begin to worship foreign gods… they will abandon me and break my covenant…Terrible trouble will come down on them.” As I read this section, I felt really bad for Moses. How cruel! This man had given decades of faithful service to God with the goal of leading the nation of Israel into becoming a faithful people of God. Obviously he didn’t do it perfectly, but he had done it well. And it seemed that God was honoring him by telling him that ultimately his entire life’s work would be a complete failure. Wouldn’t letting the man die in peaceful ignorance be the more loving thing to do?

I mulled over this, thinking about all I had observed about Moses and his relationship with God. I asked God to help me understand why he would be (what seemed to me) so heartless. What I came to realize was that God was meeting Moses’ most important need by revealing what was coming.

Moses, from infancy a prince, never lacked confidence even as he struggled to understand his own identity as an Israelite raised by Egyptians. The snippets of his life in the Old Testament show a hot-headed man that mellowed, though there are moments in his life that show that he continued to struggle with self-importance. Who else demanded to see God’s glory or argued with God or even told God to scrap his plans if he wasn’t going to do things a certain way (see Exodus 32 & 33)? Moses’ resume was impressive: prince of Egypt, educated, multi-lingual, a leader of a nation of people who defeated the most powerful empire around, a judge, the mouthpiece of God, a witness and participant of some of the most incredible miracles we have record of. But none of these things was who Moses was, and I believe at the end of his life, God wanted to make sure that he knew it.

In the end, what mattered was not that Moses was successful. What mattered was that he was faithful. He was consistent (though not perfect) in his obedience to each next step that God laid before him. At the end of his life, God wanted to make it very clear that it was his faith and not his exploits that counted. God was much more concerned with who he was than what he accomplished.

As I realized this, I was so touched by the kindness of God to give Moses the bad news that his goals would never actually be achieved. I loved that after delivering that information, he assigned him one last task of writing down the words of a song and teaching it to Israel so that it would be evidence against them when they rebelled. In essence, God was saying, “There will be no productive end to this assignment. The people will rebel despite what you have done. Yet, I am asking you to be faithful to me without expectation that it will have any effect on Israel’s faithfulness.” In this final act of obedience before his death, Moses followed God’s instructions without any hope that what he was doing would matter – the complete opposite of his previous earthly experience. All Moses had in his last assignment was the knowledge that his God had given him instructions and that was enough. At the end of his life, Moses’ final lesson was crystal clarity that God loved him for who he was and not for his life’s impact.

I am admittedly performance driven. I have high expectations for myself and for God and for what God can do with my life. And sometimes I probably approach God with entirely too much familiarity and arrogance. Like Moses, I am the kind of kid that God has to be hard-handed with to help me understand his love and acceptance of me has nothing to do with what I can offer back to him. I cannot honestly say that I would definitely be faithful to God if all hope of having an impact was gone. But if Moses can get there, maybe I can too.

One thought on “When God Seems Like A Jerk”