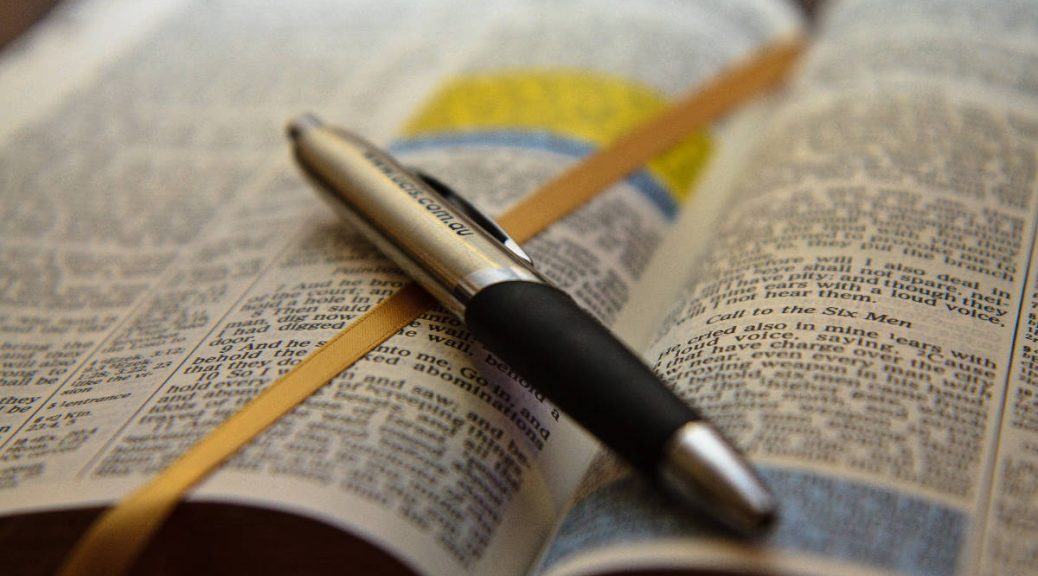 (This is a bit of an odd blog post, but I want to make sure to save this for personal reference in the future. I’ve had a great time this last month reading straight through Galatians a number of times. Below is a running commentary I wrote while reading through it. It’s best read with an open copy of Galatians. If you want to just skip down to my application points, they are about 2/3 down the post.)

In his very first epistle in Scripture, Paul writes to the predominantly Gentile churches of Galatia because he is disturbed by the fact that they are turning away from the truth to a “different way that pretends to be the Good News” but isn’t at all. So what is the Good News and what is the different way that they are following? Is it the obvious that they are replacing the sufficient work of Christ for salvation for a new idea? Is this about who has access to salvation or is there something else going on?

Paul gives his testimony about how for the first 3 years after his conversion he lived mostly isolated from the Body of Christ, learning from the Holy Spirit. For another 14 years, he ministered to Gentiles, and at the end of this period, he went to Jerusalem to share the message that he had been preaching to the Gentiles with the Jewish believers to see if they were in agreement with it. The reason he sought to do this was because false believers were working to take away the freedom in Christ that Paul was preaching.

The leaders in Jerusalem, specifically James and Peter, had no problem with Paul’s message and encouraged him and Barnabas to continue with their work. However, Paul found it necessary to confront Peter’s hypocrisy. Peter, out of fear, rejected eating with uncircumcised Gentile believers in the presence of Jewish believers. His actions led several others, including Barnabas, to do the same. Paul described Peter’s actions of rejecting uncircumcised Gentile believers as “not following the truth of the Gospel message.” It is significant to note the this “truth of the Gospel message” had nothing to do with the question of whether or not the Gentiles were brothers in the faith. That was completely embraced. The “truth of the Gospel message” was that the Jewish believers were not to treat these Gentile believers any differently by not associating with them nor were they to require the Gentile brothers to become as Jews by following the law, specifically the law of circumcision (a distinct form of Jewish identity marking). Paul reminded Peter that he as well as Paul himself were made right by faith in Christ and not obedience to the law.

Then Paul points out the crux of the entire letter, “But suppose we seek to be made right with God through faith in Christ, and then we are found guilty because we have abandoned the law. Would that mean Christ has led us into sin? Absolutely not! Rather I am a sinner if I rebuild the old system of law I already tore down.” It is this rebuilding of the torn down law that is the “different way that pretends to be the Good News,” and Paul calls it sin.  In essence, Paul is saying that faith in Christ means new rules apply, and if we try to reconstruct rules based on previous law, we are in sin.

Next, Paul launches into an argument about faith, human effort, and the Holy Spirit. The Spirit is given because of faith, not obedience. This is true now, even as it was for Abraham. Those who depend on salvation by the law are cursed by the breaking of even a single law, but Christ’s work on the cross rescued us from the curse by taking the need for complete law obedience upon himself. Jesus was everything that the law demanded in a way that no one else has been or will be, and our faith in him transfers his righteousness onto us. This was the fulfillment of his promise to Abraham.

So why did God give the law at all if no one, not even Abraham could keep it? “It was given alongside the promise [of Christ] to show people their sins. But the law was designed to last only until the coming of the child who was promised, [Jesus].” There is no conflict between the law and faith because faith has abolished the law. It no longer exists.

It is faith that changes the categories previously required by the law. Before Christ, the law kept people in “protective custody.” The law was designed to guard people from sin and to keep their eyes focused on God. “Now that the way of faith has come, we no longer need the law as our guardian.”

Before the time of faith, we were really all slaves. But Christ, because he was subject to the law, was able to purchase our freedom so that we all now live as children and heirs of God. For example, before the Gentiles learned the way of faith, they were slaves to gods that don’t even exist. They had their own prescriptions to follow. But when God found them, he freed them. Why on earth would they want to be enslaved again? Paul pleads with the Galatians to live in freedom from these things. He, a Jew who has a much better reason to follow the law because of his ethic identity, has become free from the law.  In the manner of Isaac, the free woman’s son, we are born of the Spirit. Our son-ship is not produced by human effort as was the slave woman’s son.

Paul’s general appeal is that the Galatians “make sure [they] stay free and don’t get tied up again in slavery to the law.” In particular, the way that the Galatians were being pressured to be enslaved by the law was through circumcision.

Paul asserts that by submitting to circumcision, the Gentile Galatians must obey every bit of the Mosaic law. But by doing that, they are attempting to make themselves right with God through the law and have thus cut themselves off from the grace of God through Christ.

However, those of faith know that there is no benefit in the law. What is important is faith expressing itself in love. Paul reminds them, “For you have been called to live in freedom, my brothers and sisters. But don’t use your freedom to satisfy your sinful nature. Instead use your freedom to serve one another in love.”

People of faith live by the leading of the Holy Spirit who gives us spiritual desires that are contrary to our natural sinful desires. Those that are directed by the Spirit are no longer under obligation to follow the law. They don’t need the law as a guardian because they have the Holy Spirit as their guardian. The Holy Spirit’s leading produces the fruit of the spirit.

If another believer is overcome by sin, those led by the spirit should gently and humbly lead them back to the right path by sharing one another’s burdens. There is no one so important that they are not supposed to help a fellow believer. There is no one more important than another in the Body of Christ.

In the end, Paul asserts that those who are trying to force the Galatians to be circumcised do it out of pride and out of fear that rejecting the law for grace will lead them to be persecuted. But what is ridiculous is that even they do not follow the whole law themselves. Paul’s final appeal is that “It doesn’t matter whether we have been circumcised or not. What counts is whether we have been transformed into a new creation.”

Galatians is not about salvation being accessible to everyone. There is never any question in the book whether or not Gentiles can become believers. That question was settled even before Paul came on the scene when Peter led Cornelius and his household to faith. The question that Paul is addressing in Galatians is how should the Body of Christ be structured. Are there divisions or hierarchies? Are Gentile believers second class citizens in the Church because they have not been circumcised? If so, should they be compelled to circumcision in order to raise their status?

Paul points to other relationships between believers to show that status doesn’t have to change. First he points to slaves who were a part of that society’s structure. In Philemon, we know that while Paul urges the slave owner, Philemon, to change Onesemus’ status to that of a free person, even if Philemon does not change Onesemus’ status he is called to consider him as a “beloved brother” (Phil 1:16).

The next set of relationships Paul points to is between genders. Since slaves can be freed, this is an even more conclusive argument that Paul rejects the notion that a believer must change his status before participating fully in the community of the Body of Christ. A woman obviously cannot change her status as female, yet even so there is no distinction between her and her brothers. There is to be no hierarchy between women and men in the community, just as there is to be no hierarchy between slaves and free people or Jews and Gentiles.

The book of Galatians is Paul’s apologetic about why Gentiles do not need to become like Jews to participate fully in the faith. They come as Gentiles, they serve the body as Gentiles with no subservience to Jewish members of the body. However, the implications for this book reach far beyond the questions of circumcision and following the Mosaic law. I believe that Paul’s descriptions in Galatians flatten the structure of the New Testament church. It is at the core an appeal to the priesthood of all believers. The church is to be led by all believers according to the gifts granted to them and under the leadership of the Holy Spirit. Through Galatians we are given the mandate to reject every man-made reason for hierarchy. We cannot extend favor to one ethnicity or to a favored culture or to those who are educated or to those who are wealthy or to those who are male or to those who are old or to those with high status in society.

In the Kingdom of God there is not a hierarchy. Jesus bids all to come as they are and to experience what it is for the lowly to be lifted and the proud to be humbled. Even for those whose earthly life is subservient – slaves and women – within the body of Christ, they are elevated to equal status with those whom they serve. This is the radical nature of the cross; this is the upside down kingdom Christ inaugurated.

“So Christ has truly set us free. Make sure you stay free. God is the one who called you to freedom. You have been called to live in freedom, my brother and sisters. Use your freedom to serve one another, and beware of destroying one another.”