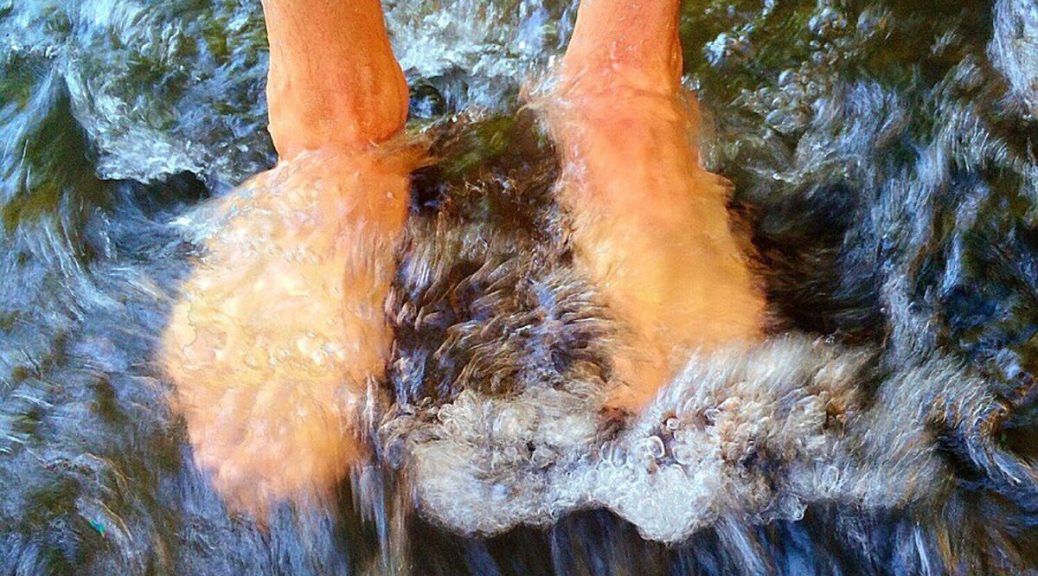 I love the story of the Israelites crossing the Jordan River under Joshua’s leadership (Joshua 3:1-4:24). I like it more than the account of the previous generation’s crossing of the Red Sea because they were not making a desperate escape attempt but engaging in risky pursuit of God’s purposes for their nation. They could have stayed safely where they were on the edge of Canaan, but they were willing to blindly wade into the unknown with only the character and word of God to rely on. All they knew was that Joshua had assured them that, “God would do great wonders among them” that very day, and that was enough.

The priests in this story had one of the most intriguing jobs of all. They were to carry the Ark of the Covenant, essentially the presence of God, on their shoulders as they waded into the Jordan River. The waters did not recede until they entered the river. As these priests stood there with the weight of the Ark on their shoulders, the entire nation passed before them on dry land to the other side. Even then, however, their job was not over. They were to remain standing and holding as twelve representatives came back into the riverbed to gather the twelve stones needed to build a memorial on the other side of the Jordan River. Then they were to remain as Joshua built a second memorial in the middle of the river. Only after this work was done and everyone else was safely on the other side were the priests to carry the Ark out of the Jordan River and into Canaan. As soon as they reached the safety of high ground, the river returned not just to normal depth but to an overflow state.

The priests in this story encourage me because they are the silent leaders and empowerers of Israel. As a leader, there is so much in their example that I need to learn and emulate.

To begin with, the priests were the first to go into a risky situation simply believing that the God who said “go” would take care of the details – even though the situation obviously required a miracle. Nothing less is required of me. It can be overwhelming and terrifying to wade into a situation that is literally over my head and even potentially disastrous. But God’s direction always comes with provision. To hesitate because I cannot yet see the details derails my own testimony and deprives the people that I lead of theirs as well.

Secondly, the priests equip the Israelites for their own task. It would have been exhausting to stand up for as long as it must have taken for an entire nation to walk by and then for the thirteen men to return to move rocks around and out of the riverbed to create the memorial altars. But the priests were not merely standing around waiting (and praying that God would continue to faithfully hold back those waters!). They were carrying the Ark of the Covenant on their backs. The Ark has been estimated to have weighed around 565 pounds (256 kilos)! This was no small bit of effort. This must have taken everything they had to endure until the work was done. Likewise leading can be exhausting. There are times when the people we lead simply need us to endure and to sacrifice for their success. Loving and competent leaders sacrifice of themselves in order to equip and empower others.

In my opinion, the greatest blessing the priests experienced was the front-row view of God’s movement around them. It was risky and brave and exhausting to do what they did, but they SAW it! They were there when the water that was splashing their ankle was drawn back. They saw the faces of the Israelites change from uncertainty to delight when they each experienced the power and provision of God. They saw the stones being moved and were the only ones other than Joshua to fully see the memorial that was built in the riverbed because it was soon covered with water, an invisible but remaining symbol of what God had done that day. As I get older, I too am discovering that the most exciting and rewarding part of leading is seeing God be who he is for others. Being in the unique position to identify his movement around me in the lives of others is one of the greatest gifts in my life.

Finally, the efforts of the priests ended not in recognition for their efforts and courage but in worship of God. It was through the priests that God held the water back and gave Israel the chance to cross the river safely and build memorials. However, when Joshua instructed Israel about how they were to remember that day, the pivotal role the priests played was not even mentioned. They were only to remember that God  had powerfully moved that day so that the nations of the earth and Israel would know and fear Him. There is an enormous temptation for leaders to use their positions to accrue fame and power. We are human, and to put it simply, we like to be recognized for our efforts and roles. Ironically, we would often much prefer for others to say, “Look at what God did through her” rather simply than “Look at what God did.” I respect these priests who were more interested in who God was and what he did than how they were able to participate. Leaders have to learn to fade back into the background in order to emphasize who is behind any of the successes that we might have. This is truly the most significant thing we can do with our positions.

May our lives be like the priests in this account. May we bravely follow God into the unknown and ridiculous, enduring and sacrificing gladly to equip others for the work God has set before them enjoying our view of God’s work but always remembering that only He is the hero.