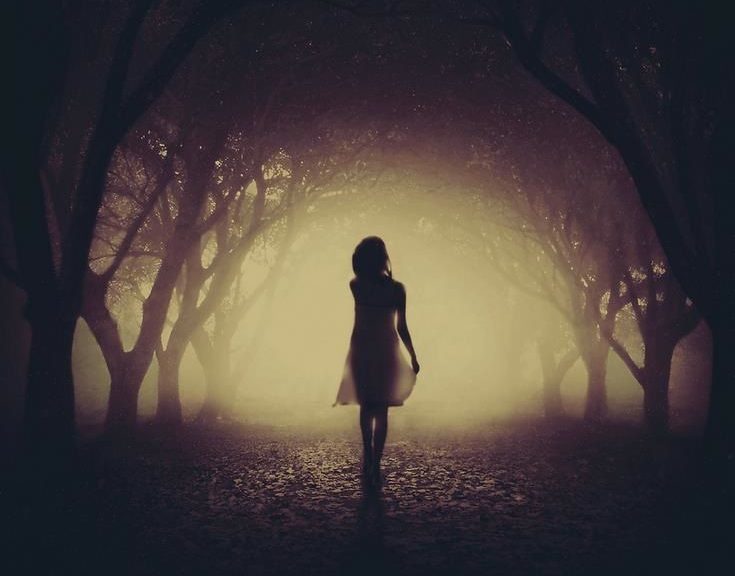 Trauma is a tricky beast. What one person experiences as deeply traumatic, another might experience as terribly difficult or sad but not actually a trauma. What creates trauma isn’t the event or even the person that experiences the event. Whether or not something is traumatic is based on how a person experiences the event. Specifically, trauma is experienced when people feel stuck or powerless as the events unfold. They are overwhelmed by something beyond their control. They are unable to get out of the situation and it feels like it will never end. In his book The Body Keeps The Score, Dr. van der Kolk describes his young nephew’s experience watching the airplane strike the first tower on September 11, 2001 as they were sitting near a window in a nearby apartment in New York City. Though many others watched that event and experienced it as trauma, this child did not. Why? Because his father and uncle were there, and though it was confusing and scary, the child felt safe and confident that he would be okay because the trusted adults in his life were capable of protecting him.

It is easy to see why some situations are nearly always traumatic – for instance rape or a beating. However, other less obvious experiences can be deeply traumatic especially if they are ongoing and the victim feels unable to escape. My husband and I were in a car wreck once, and he came out with no trauma because he felt confident throughout the experience that we would be okay. I still experience fear when merging in front of a semi because my body is fairly sure we will be hit again. Trauma being more about the feelings during the event than the event itself explains why chronic childhood verbal and emotional abuse and neglect can create the same kind of long term consequences as other more acute and physical traumas. The child feels constantly unsafe and unprotected and with no other option but to stay and wait for more suffering. It isn’t about what happened; it’s about how the experience was processed and interpreted by a person’s mind and body.

Biologically what happens when a person experiences an event as a trauma is that the brain freezes up. The event, rather than being stored as a memory in the brain, is sent to the “ongoing event” category. When the memory is later “triggered,” it is experienced in the body as if it is currently happening. The terror of being sexually assaulted floods the body, the horror of watching a tower full of people collapse is just as tangible as it was when the event occurred. Powerlessness, anxiety, and hopelessness come right back as strong as they were at the time of the event. The fight or flight or freeze instinct kicks in just as it did during the traumatic event. This is a beautiful way that our bodies have evolved to protect themselves from getting into the same trouble again, but it also puts us into a unending loop when we have unresolved trauma.

I offer this information as I offer my story to you for the emotional context in which I experienced it. I am aware that really none of the events in isolation might be perceived by outsiders as warranting the amount of suffering that we felt in and since living through it. In fact, I’ve said those same words more than once to my own counselor. However, because I do have a professional awareness of the way trauma works, I can take my own experience and look at it more clinically. It wasn’t so much what happened; it was how it happened. It was being stuck in the situation for 7 months waiting for the next blow. It was watching our kids suffer and feeling helpless to change anything. It was feeling like there was a target on our back that we couldn’t hide from. It was knowing that we had no power in the situation and were required to endure whatever was done to us like lambs at the slaughterhouse.

All this to say, I think it’s time to share my experience in Bali for those who care enough to read it. For the past year, I’ve sat with this document – read it a few times to try to process and heal, but I’ve been afraid to share it beyond my closest circle of friends. Truthfully, I’ve been afraid that I will be told that what happened wasn’t that big of a deal or that we are still struggling nearly 2 years later means that we are weak and pathetic. I am also afraid that former colleagues will somehow read it, and I will once again be perceived as the community’s monster and the scapegoating will somehow find me again.

All but the final two chapters of this document were written in March 2018 with pages of journal entries, texts, and email to verify my memory. I also obtained the consent of several people who feature as allies in my story. We are all aware of the risks associated with their being identified, and their willingness to take on that risk for the sake of my being able to regain some of my voice is deeply appreciated. I believe this narrative is as accurate as I could make it. That said, I have no doubt that there was so much more going on behind the scenes that I didn’t have access to and certainly this is only my point of view. With the exception of a few people with very public roles in PIONEERS, I have chosen to change all names because my point is not to humiliate the people who impacted my story (even the ones who caused the most damage). I simply want to have the power and voice over my own experiences and not be silenced anymore.

“She is marked for elimination. She won’t last long here.” Those were the words said about me as two women my mom’s age watched me walk away from our coffee shop meeting toward my car. I was new in Bali; they had been around for decades. What we had in common was PIONEERS (PI), the global missions agency that sends missionaries around the world. My family had been with PI for 7 years at that point, having had a great experience in Peru before moving to Indonesia. Kim had been in this region her entire missionary career, and as she told me later, managed to stay because she kept her mouth shut, existed below the radar, and did her best to stay out of leadership and the politics of the organization. Darla, on the other hand, speaks out. And that is what eventually led to her resignation from the organization ten years ago. In her efforts to speak truth, bring healthier dynamics, and stand against abusive authority, she endured ridiculous retaliatory behavior that eventually led her and her husband to leave PI for a different organization so that she could continue her ministry. For better or worse, I am much more like Darla than I am like Kim, and that is what Darla recognized in this first meeting. She knew how it would end. She had seen it before in her own story and in the stories of a handful of other outspoken (mostly female) change agents.

What I didn’t know until three years later was that Kim and Darla made a plan that day. They saw in me a sharp discernment, vulnerability with my own story, and willingness to name things for what they were. And they had seen those very things lead many others down the path toward resignation from PI under less than friendly circumstances. So they strategized. Kim, who has become a close friend in the last few years, was to place herself near me relationally so that (as Darla told me later) “when the arrows started flying, she would be there to pick you up and tell you that you aren’t crazy.” It was unnerving to hear this account years later – eerie how easily they were able to name the words and actions of the leadership and community before it even happened. But I am incredibly grateful for Darla and for Kim. They have indeed made all the difference.

15 thoughts on “What Happened In Bali”