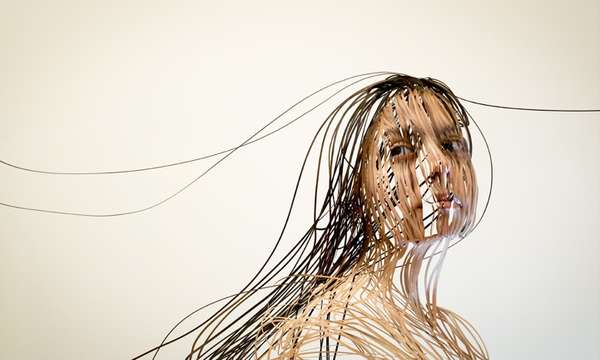 In a recent essay, Brene Brown wrote about midlife unraveling. She explains, “Tearing down the walls that we spent our entire life building is death. Like it or not, at some point during midlife, you’re going down, and after that there are only two choices: staying down or enduring rebirth.”

Always one to start everything too early because “let’s get on with it, people, there’s too much life to live to sit around thinking about it all day,” I started this process around the time I turned 30 but got in deep by my mid-thirties. While I sobbed my way through the process of unraveling, I can’t say that I ever ran from it or numbed the call to pay attention to it. I just knew that this was the only path that was worth taking.

Brene says that “there are actually people who pull the universe closer, embrace her wisdom, thank her for the opportunity to grow, and calmly walk into the unraveling. I try to spend limited time with these people, so I can’t tell you much about how this works.” Sadly, Brene and I apparently cannot be friends because this really was exactly my response. Nevertheless, I am willing to let her know exactly how it works.

It’s just as goddamn excruciating to cooperate with the universe in your unraveling as it is to endure a bloody brawl with her. Lest this come across as arrogance and bragging, let me assure you that mine was just as egocentric as other responses. I knew that denial would prolong the uncomfortable cognitive dissonance that initiated the whole thing, and I have seen way too many ineffective attempts at numbing behaviors in others to even want to go there. As much as I hate pain, I’d rather live in agony than to lose the ability to feel. And brawl against the universe… I am a fighter by nature, but even a fighter knows when she doesn’t stand a chance. I bowed to the universe because I knew she would win eventually anyway. So in faith and hope, I submitted to the process and walked unwaveringly toward my unraveling.

And I unraveled hard, birthing a new career, a different set of values, a complete rewrite of my faith system, and a substantial marriage counseling bill to help us figure out what to do with this new person who had emerged into our lives. The word “unraveling” is used to describe what happened to me and many other people around mid-life, but I feel like my process was more like a stripping. All the “supposed to be’s” were giving ways to my true self, and I was just too tired to pretend to believe what I didn’t actually believe or go through the motions of staying in the script I had been handed. I wanted to be authentic no matter how acceptable that was.

Brene is right. You cannot control an unraveling. But what she didn’t say was that you cannot control the outcomes of an unraveling either. No matter how you enter the unraveling, it’s going to mess your life up. Everything gets burned down, and walking into it with unwavering grace and courage doesn’t give you a pass on that.

I told the universe, “Ok. I’ll do this. I’ll sit with you while you strip me down and teach me to live bare. You just make sure that everyone in my life understands and accepts whatever comes out the other side.”

And the universe chuckled, “That’s not how this works. The point is that you live bare with your imperfect, contradictory, authentic self – brave and scared, tender and strong, opinionated and uncertain – no matter the cost.”

I am still that person cooperating with the universe in my unraveling, but I am no longer courageous because I think this posture will help me avoid some of the painful consequences of being stripped bare. Now I am brave precisely because I know that it doesn’t and I say to the universe, “let’s do it anyway.”

4 thoughts on “Walking Into the Unraveling”