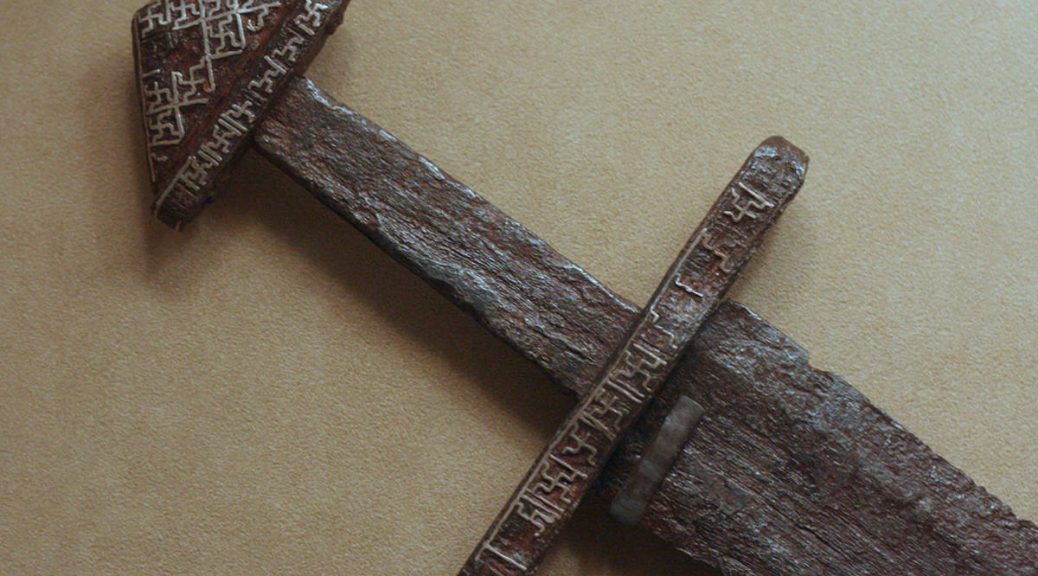 Eleazar. He is not someone who typically shows up in Sunday School lessons nor would the average church goer be able to tell you who he was or what he did that earned him five verses of biblical recognition. Yet, he was and represents the kind of person that I long to be – a person of courage when many others run away, a person who will fight long after it makes sense to give up, and a person on the front lines who is privileged to see the Lord bring about a great victory.

Both 2 Samuel 23: 8-9 and 2 Chronicles 11:12-14 record the golden moment of Eleazar’s life. Dubbed one of King David’s “Mighty Men,” Eleazar stood against the Philistines when the rest of Israel ran away in fear. 2 Samuel says, “But he stood his ground [with David] and struck down the Philistines until his hand grew tired and froze to his sword. The Lord brought about a great victory that day.”

In my own life, I feel like God has been drawing me to a work that is very lonely, messy, and misunderstood. As I’ve begun sharing what it is that God has placed on my heart with other believers, most of the reaction I’ve received is neutral, “Oh, that’s nice. I’m glad someone is doing something about that.” Some reaction has been sadly negative, “I could never do that.” or worse, “I wouldn’t want to endanger my reputation by being involved with that kind of ministry.” I’ve waffled between joyful hope that God would use me to make a difference in a dirty reality and frustration over the feelings of isolation my pursuit has brought me to.

Through what must have been an incomprehensible battle, Eleazar became exhausted, but still he swung his weapon against the enemy of his God. His sword froze to his hand. At the end of the battle, I imagine that King David literally had to pry Eleazar’s fatigued fingers one by one off of the sword. Oh to have the fortitude of a man like Eleazar! To be weary and continue fighting. To be deserted by the rest of the army and stand my ground with only one other who shares my heart. To trust that the battle belongs to my God who can bring about great victory with something as insignificant as two swords against an entire army.

This week in the middle of a bout of fear and doubt – fear that I am not enough and doubt that what I have to offer to the battle is even worth offering – God spoke to me through Eleazar’s story. I realized that it doesn’t matter that I am not enough, and it doesn’t matter that my sword is insignificantly small against an enemy that holds 27 million people captive. The thing is, my God already died to bring freedom and hope to those 27 million and is in process of ushering in His kingdom where the captive is set free and the years that enemy has stolen are redeemed with a bloody block of wood. Because my God is already victorious, I choose to face this battle fighting until someone has to pry my sword out of my hand.