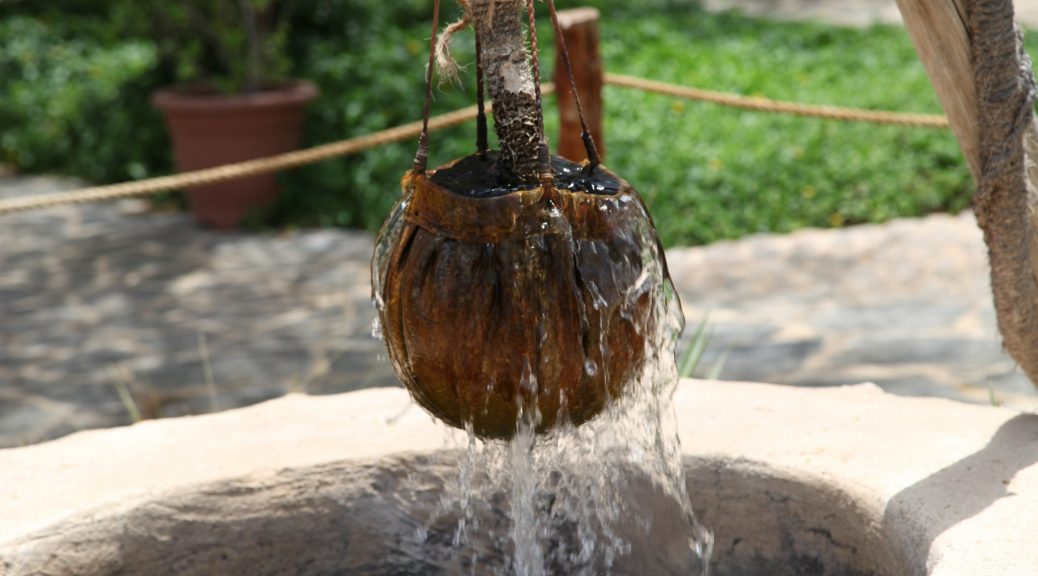 We’ve been trying to figure out who God is since the beginning. Our entire Bible is the story of how people throughout the ages understood God, and eventually how the question was answered through the life and death of Jesus. God becoming human wasn’t simply a thing that happened, it is proof of his nature to bend low, to speak in ways that we can understand, and to wrap himself in coverings that make sense to us. Jesus’ existence is evidence of this, but so are his words and actions during his life. Unfortunately, 2000 years of history has all but erased these stories for most people because we’ve lost the context.

There are three particular stories that I’ve been exploring for the last few years which are beautiful and interconnected. They follow the same pattern and answer the same question every generation and every culture needs an answer to: “Who is God?”

The Scene: In this story, Jesus is confronted by a group of Jews. At first accused of demon possession, Jesus claimed to have some sort of power over death. The Jews scoffed at this with the question, Are you greater than our father Abraham?” (verse 53). Jesus responded, “Before Abraham was, I AM.”

The Significance: This is a commonly understood passage in which Jesus clearly asserted himself as divine. In the Jewish scriptures, God appeared to Moses saying, ” I AM WHO I AM. This is what you are to say to the Israelites: ‘I AM has sent me to you.’” (Exodus 3:14). When Christ used this same language, the Jews around him understood that he was claiming to be God incarnate – the Messiah (which is why they became enraged and tried to stone him).

The Scene: Jesus met the Samaritan woman at a well in Samaria. She asked him, “Are you greater than our father Jacob who gave us the well and drank from it himself, as did also his sons and his livestock?” (verse 12). Jesus responded, “Everyone who drinks this water will be thirsty again, but whoever drinks the water I give them will never thirst. Indeed, the water I give them will become in them a spring of water welling up to eternal life.”

The Significance: Most people read this and think it’s a lovely metaphor that Jesus came up with because he was sitting next to a well. But the reality is far richer and more beautiful. The Samaritans broke off from Judaism in the 700s BCE. They accepted the Jewish Pentateuch (Genesis – Deuteronomy), but rejected the rest of their Scriptures. They had their own distinct oral traditions that were written down around the time of Christ into their holy book which is called the Memar Marqah.

The Memar Marqah has several passages that talk about living water…

In the depths of an abundant spring is the life of the world. Let us rise with understanding to drink from its waters! We thirst for the waters of life. – Memar Marqah 2.1

There is a Well of living water

dug by a Prophet whose like has not arisen since Adam

and the water which is in it is from the mouth of God.

Let us eat from the fruit that is in this garden

and let us drink from the waters that are in this well.

There is no need for us to see it in a place we cannot get to.

“In the mouth and in the heart” it is done.

We do not learn it though we came down from heaven!

It was given to us and we believed in it.

It was with them; it was within the Light.

And the glory was around, for it was the word of God.

His hand wrote and the Prophet received it with signs from on high.

And YHWH came down and dwelt with him. –Memar Marqah 6.3

The Samaritan woman wasn’t simply awestruck by the fact that Jesus knew her personal history. He knew her scriptures, and he answered the question about his identity in the language and metaphors that she understood. She understood that Christ was communicating that he was the Samaritan’s Messiah.

The Scene: During Passover a group of Greeks asked for access to Jesus. They met with him, and he spoke about his upcoming death, ending with “Father, glorify your name!” At that time a voice like thunder came down from heaven saying, “I have glorified it, and will glorify it again.” (verse 28). Jesus explained to the crowd that the sound was for their benefit not his own.

The Significance: Anyone who has studied Greek mythology might quickly think of the significance of the sounds of thunder. The high god in the Greek pantheon is Zeus, also known as the god of thunder. Just as in Jewish and other religious traditions, Greeks held the idea of “theophanies” or moments in which God (Zeus in their case) came to earth and appeared to humans. For the Greeks, these instances were often accompanied by the sound of thunder, and they were often the beginning of a new cult.

Locally, not long before Jesus was born (167 BCE), Antiochus IV set up an idol of Zeus in the temple in Jerusalem which caused syncretism within the Jewish community (mixing of religious beliefs). This was a major cause of the Maccabee rebellion during the inter-testamental period.

While this is conjecture, I don’t think it is a far jump to think that the thundering sound was Jesus answering the Greek proselytes’ question of his divinity in a way that was uniquely compelling to them as Greeks. Obviously, what he said WAS compelling because immediately the Greek crowd began to ask him about his Messiah-ship and why what he was saying was different from how they expected the Messiah to be (verse 34).

I could write an entire book about the implications of these passages – what does it mean if Jesus felt free to use non-biblical sources to point to himself? This is Christ freely using truthful ideas in the holy books of other faiths and cultural definitions of the divine from non-Jewish  (and non-Christian) sources* to point to his divinity. We need to spend some energy on conversations surrounding the implications of this (and it is a hotly debated topic in missions for sure), but what is crystal clear is that Jesus was communicating something very important with great care and intentionality. We can debate the applications and where the lines of freedom may or may not be, but what we can’t really get away from is the fact that Jesus answered the question “Who is God?” with a resounding “I am God” in ways that were consistent and acceptable to different cultures. He answered it in ways that all found meaningful and compelling and personally convicting. He was the I AM to the Jews, the living water to the Samaritans, the theophany of Zeus to the Greeks because he is an incarnational God who stops at nothing and uses everything that at his disposal to be recognized and accepted by his beloved children.

*In Paul’s famous Athens speech in Acts 17, “in him we live, move, and have our being” is a Greek poem talking about Zeus, not a Jewish poem talking about Yahweh. So in that passage, we have evidence of Paul making the same argument “Who is God? -> Jesus Christ” in the exact contextualized way Jesus did.

4 thoughts on “When God Bends”