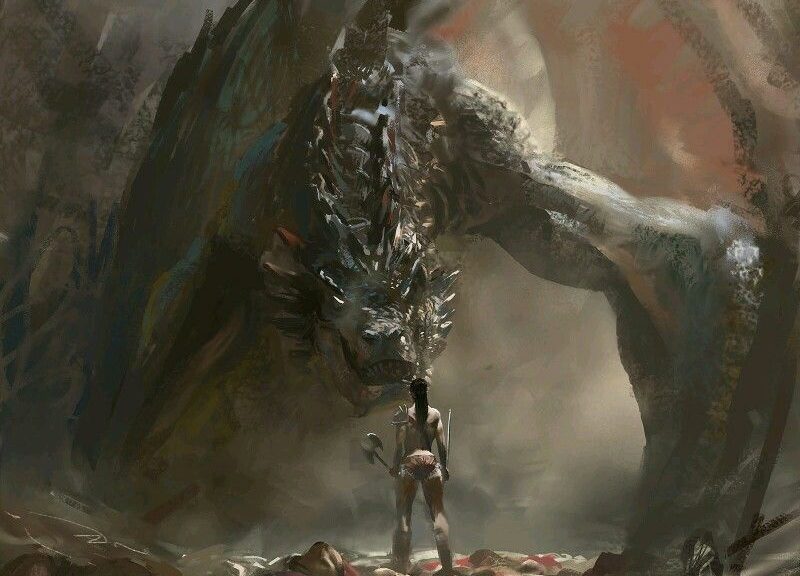 I was told that being a woman meant that I was supposed to know my place and allow a man to protect me. I was to go second, a step behind him, into the adventure God was calling him to. My role was to submit, to support, and to follow. That didn’t work out so well.

It was clear to me from childhood that I was the one who was willing to go first. I would try new things, and I was better at protecting than needing protection. I fought this with great shame until my late twenties when I was freed to a new way of thinking. All of a sudden the door was opened, and I was able to explore who I really was and to see my personality and gifts as good and beautiful without being concerned they didn’t fit into the right gender role.

Another puzzle piece clicked into place a few years ago when I read a book called The Barbarian Way because it described my wiring in a way I had never heard before. The author used the label “barbarians” to describe a particular breed of people who are bold, innovative leaders. They are starters and risk-takers. He calls them the “mushroom eaters” because they are the ones who go first and try what has never been tried to see if it’s safe for everyone else. This has certainly been true for me in my life as I’ve forged new paths, sometimes alone, into places that seem to be begging for innovative solutions. I feel compelled to try for what could be true, and I am willing to fail spectacularly to find out because I believe that if it works, the people coming behind will thrive in what has been created.

“The barbarian call is simple: we are called to be mushroom eaters. A world without God cannot wait for us to choose the safe path. If we wait for someone else to take the risk, we risk that no one else will ever act and that nothing will ever be accomplished.”

Maybe I shouldn’t have been surprised that there were some around me that believed that I had no right to forge ahead without the permission of whoever was higher up on the totem pole. They said that I needed to wait for my (male) leadership to feel comfortable before confronting issues, creating new paths, and demanding justice in the organization I was a part of. That was simply never going to happen. It couldn’t.

In a last ditch effort to put me in my place, my supervisor and his supervisor sat me down and told me that I was a terrible leader.  I was rebuked for my “poor leadership decision” to confront sexism and tribalism in the organization. The leader of the region for the organization told me, “Maybe this is a character flaw that the Holy Spirit is giving you a chance to address. I think you should take the time to think through the way you communicate to people so you can be a better leader.” I paused for a few seconds thinking through what he was saying and comparing it to my own self-perception and past experiences.

Finally, I replied, “I hear what you are saying. And on one hand that makes sense. But what I can’t figure out is who to believe. This missions community is the only one which has ever given me such feedback. In other circles people say they feel safe with me and know me to be a gentle and kind person even with those that I disagree with. What is interesting is that it is often the most fragile people who tell me that it’s because of my strength and ability to withstand high levels of aggression and negativity without resorting to the same that they want me in their corner. So I really don’t know who to believe. Do I believe what you guys are telling me today or do I believe the overwhelming feedback from every other area of my life?”

I brought these questions back to the United States with me when ultimately we decided that we couldn’t remain in Indonesia any longer. It wasn’t until last week during a workshop on leadership with my current organization that I realized how deeply I had come to doubt my own leadership ability. As we worked through the Dale Carnegie corporate leadership seminar, I listened to the feedback of the women whom I supervise and I read and re-read through the bullet point list on imperative qualities in good leaders. In the process, I unearthed some things buried in my heart.

I came home that night and told my husband tearfully, “I am a good leader.” He looked at me like I was crazy.

“Of course you are. You’re an incredible leader. Have you not watched the women you employ thrive in the program you designed and manage? Have you not seen the non-profit you started develop into a credible and sought after resource across Indonesia? Why did you doubt it for a second?”

It made sense when he said it, but I have been so afraid that there was only one way to be a good leader and my barbarian way had no place in it. Much of what was done and said in Bali by our organization to try to keep me quiet and compliant was abusive and false, and it is time to reject it for the lies that it was. The barbarian way of leadership never will be safe for systems and structures that require status quo to continue to exist. However, those who already exist outside of systems and structures –  the marginalized, the poor, the artists, the abused, and the question-askers, can never feel safe when they are lead by anyone else but those who will sit in the trenches with them and pull out the shovel to start digging first.

I am what I am for good reason, and while I will always have room to develop and grow, to learn from mistakes and adapt new methodologies, there is no “character flaw” in my leadership. I am a barbarian.

Live or die, succeed or fail, barbarians must pursue and attempt such dreams and visions. The barbarian spirit dreams great dreams and finds the courage to live them… The barbarian way is about love, intimacy, passion, and sacrifice.