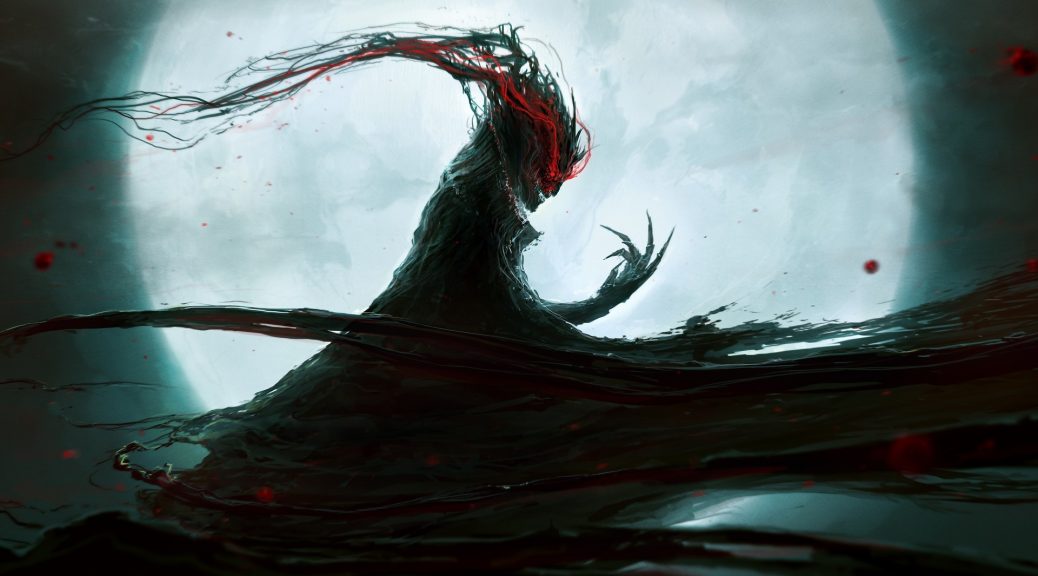 (This is taken from a newsletter sent out a couple of years ago. Having had a number of conversations about my observations on spiritual warfare in Bali, I thought it would be helpful to make it public.)

Recently a friend of ours, Adam, came to visit us. One day we arranged for a Hindu friend (Mr. T) who is a driver to take him around a particular area, and that evening  ended up at Mr.T’s house enjoying traditional Balinese hospitality. At one point Mr. T made this long, tearful speech about how much he appreciated Dan and me and ended it by presenting Adam with a ring. He said that the ring was very powerful because he had taken it to a temple to be empowered by spirits. He told Adam to put it under his pillow, and it would help him and keep him safe. Adam, not wanting to offend, brought it home with him that night. That’s when his nightmares started.
After a few days, Adam told us that he had been having nightmares every night since getting the ring, and we called some friends for some advice. They have decades of ministry experience within Indonesia and are particularly knowledgeable about Indonesian spirituality, demonology, and possession (yay for mentors!). They gave us their take on the jewelry possession thing (common around here) and why Mr. T likely passed it on (a returned spiritual favor in payment of how we prayed for his ill wife). They recommended that we either destroy it or return it “de-powered” with an explanation about what happened. Given our friendship with Mr. T and on the advice of a mutual friend, we decided on the latter. So Dan, Adam, and I sat together and prayed for the powers attached to the ring to be broken, for each of us, for our home, and for Mr. T and his family not to experience a revenge attack. As soon as we started praying, I got very nauseous but was able to just keep going. When we finished praying, the nausea disappeared completely. Oh, and no one had any more nightmares.

Randomly Mr. T and his wife dropped by our house two days ago which was the perfect opportunity to return the ring and tell them the story. Dan did a fantastic job navigating those tricky waters and making sure that our friends were not shamed in the process (face saving is such a big deal here!). We are hoping that the story that we shared and the lack of fear that we had over it will speak enormously to our friends.

And then in America…

The reality of spiritual warfare is something that I am coming to terms with. We give it lip service in the West, but honestly, I think very few people actually really believe that it is an everyday part of their lives. I know I didn’t until all of these wacky things started being a normal part of life for us, and I started to recognize this certain feeling that I can only describe as a war in my spirit, or this not-me thingy slithering around my body that just won’t get off me. It’s a war that is subtle enough to be mistaken for mere conflicting thoughts or desires or maybe just PMS.

The first time I recognized this spiritual warfare in America was last month when I visited Southern California to take a class for my Master’s program in Fuller Seminary. I, of course, had a shopping list of exciting things like non-bleach deodorant, ranch dressing, and flip-flops for my freakishly large feet, but outside of that I didn’t have any desire to shop. I didn’t need anything, I didn’t have the money anyway, and I don’t even like shopping as a general rule. However, as the two weeks passed I had this growing sensation in my spirit. Almost this frantic, needy feeling that I. Must. Buy. Something. Right. Now. It was… weird. But totally recognizable. I knew it was not just my own mind. It was demonic. And I had to fight it, though I wasn’t totally successful. I found myself making excuses for why I should make a purchase (It will make my kids smile. It’s a great deal. I am going to need it sooner or later. It’s a gift for someone. Because they are REALLY CUTE SHOES.). I almost could have been convinced that it was all in my head except that the moment the airplane left the USA, I came out of the fog. Back to normal – “meh, I don’t need more stuff.”

I think about how many times I have joked about Target taking over my body and making me buy stuff I didn’t intend to buy. How close to accurate might that actually be? Ironically, one the classes that I took while in California was about serving in the city, and one of our books (Why Cities Matter) said this: “Cities are built upon the things from which humanity attempts to derive its ultimate significance. Whether centered around a mosque or a financial district, a cathedral or an entertainment sector, all cities are built in honor of and pay homage to some type of a ‘god.'”

Our class discussed the idea of cities having specific idols or particular geographically-bound demonic powers (an idea that is in Scripture in multiple places). Immediately, I thought that the demonic power that holds Orange County captive is a spirit of materialism. It is all-pervasive. In the OC, we are obsessed with stuff and half the time it seems like we buy just to buy, not because we actually need another lamp to replace the perfectly good one in the beautiful room that we never even go into or because we really need another pair of jeans/water bottle/jar of face cream. In fact, I realized that even the way that we serve God more often starts with the thought of pulling out our checkbook rather than getting our hands dirty with messy, needy people. (I say this with deep gratitude for all of the checks written in order for my family to do what we do – I see the irony!)

My Balinese Hindu friend (Y) asked me last week why Westerners do not seem to be able to recognize demons and spiritual oppression the way that Indonesians commonly do. I told her that I think it is because while Satan is a smart, nasty dude, he is also has no capacity for creativity. He just mimics what God does. God bends Himself to answer each culture and each person’s need. To the weak, He shows himself strong. To the foolish, He offers wisdom. To the fearful, He is a safe anchor.

Satan imitates this. He individualizes his approach for each culture and person. He does some impressive, awful tricks here in Bali that keep people bound in fear, which keeps them away from the freedom that Jesus offers. But he won’t manifest his evil in obvious ways in America because it works so much better to be subtle. In America, the lack of obvious demonic manifestations makes us feel really safe and independent… which also keeps us away from the freedom that Christ offers. Both tactics work.

Whether demons are causing creepy nightmares or just making me think that a purchase is going to make me happier, they are real and they are powerful. And they are out to destroy us if we give them any room. Previously, I never really understood the biblical admonition to, “Be alert and of sober mind. Your enemy the devil prowls around like a roaring lion looking for someone to devour.” (1 Peter 5:8) I think I am starting to get it.

One thought on “Demon Possessed Jewelry and Target Stores”