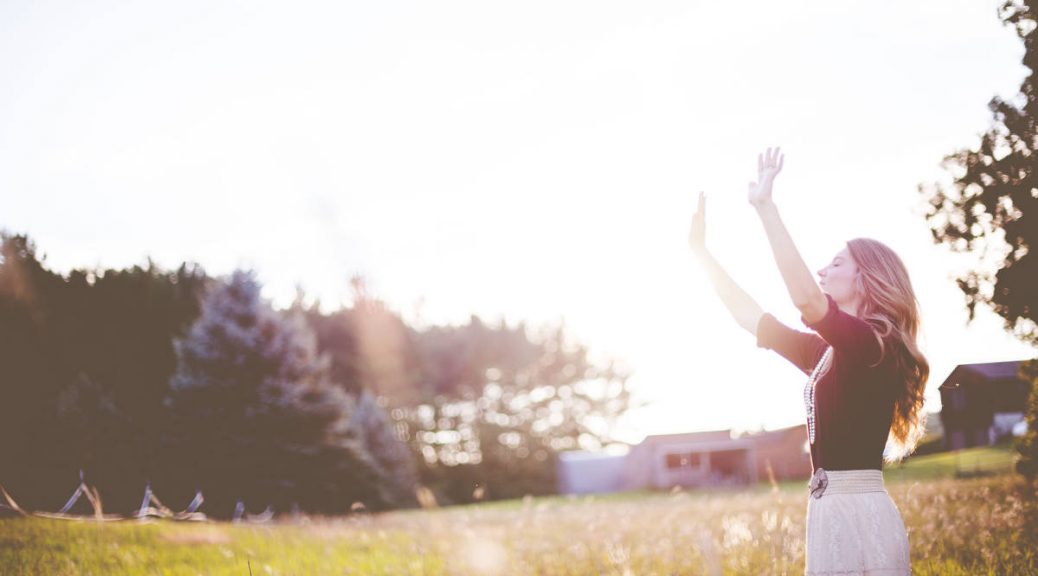 I think I’ve always been a little too impressed with myself. Independent and self-confident to a fault. I am told that as a three month old infant, I even refused my own mother after she went back to work. On one hand, my self-sufficiency and ambition have served me well, on the other they’ve been a curse.

For as long as I can remember, I have been desperately fearful of being insignificant. I have had a hard time letting people do things for me. I have struggled with this drive to prove myself even when no one is watching. And I shudder to think of the arrogance I have portrayed over the years.

In college, around the time I was getting really serious about this thing called faith, I ran across the famous words of John the Baptist about Christ – “I must decrease so that He may increase.” Honestly, they terrified me. How about we both increase? Yeah. I liked that a lot better. It wasn’t that I wanted to be famous, but it was deeply ingrained in me from childhood to shoot for excellence. Nothing less than the best was worth doing, and all the better if people could see you doing it. I was so scared to not be a valuable asset to God, and at that time, I was pretty sure He needed my help.

I became a God-chaser, and I found that as I chased His heart, He turned around and grabbed on to me. I asked Him to refine me and make me more like Him, and He sent the quadruple-wammy of marriage, depression, children, and full time ministry to cut the legs out from underneath me. In some ways , it felt cruel, and there were times when I really had no idea what He was doing other than completely breaking me apart. Then slowly I realized that my desire to be molded into what God wanted me to be required a melting down of who I am and a burning away of a lot of the junk that was completely unusable. My pride for example.

I remember being in the middle of the village, in the pit of depression and almost completely functionless as a mother, a wife, a missionary, and maybe even a human being. It was then that I got a little taste of what it meant to decrease. I knew that if there was anything good in me, it was because of grace. Anything that I had to offer God was put into my hands by God Himself; there was very little of me that was lovely.

And yet God seemed to be affirming me even while He chastised me. At the same moment I was learning how small I am, He kept whispering to me that He found me worthy – worthy enough to die for. I realized that although God has no need of me, He has declared me valuable. Though my pride was shrinking, my confidence was growing.

It is a strange paradox of God that I have found myself in the middle of. My desperation for significance has shrunk, and I am no longer preoccupied with accomplishing great feats in the name of Christ, but it has shrunk because I know that I am significant regardless of what I “do” in Jesus’ name. I am so much more aware of my limitations as a mom, a wife, a friend, and a minister but I am less apologetic of them because I am convinced that God put me in those roles knowing full well what I lack.

Strangely enough, the idea of decreasing so that God can increase doesn’t petrify me at all any longer. Because my decreasing is not a sentence into insignificance and uselessness. My decreasing allows me to play safely in my Father’s enormous shadow, where the enemy has a much harder time finding me than he did when I wanted to stand out so badly. My decreasing has brought be rest, confidence, peace, and the assurance of my value to my Creator. Who knew?