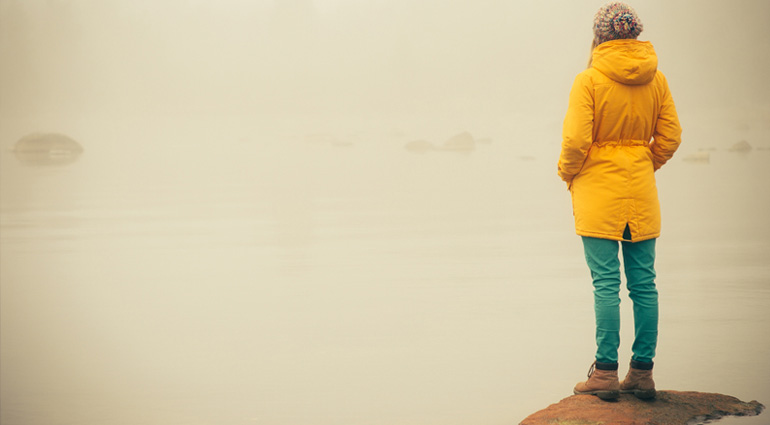 “Mom, how am I supposed to trust anyone when they tell me they care about me after this? I didn’t do anything wrong!” These were words from my nine-year-old, spoken as our world was crumbling around us. The most recent event was being informed by co-missionaries who were both friends and neighbors that they no longer wanted to see our family. In fact, our children were no longer welcome in their home to play with their children, despite the fact that the kids were close friends. Their decision, they said, was because they were so opposed to our choice to confront our missionary community’s leadership on their behavior and on community norms which we felt were dysfunctional, toxic, and even abusive.

I did not have an answer for my son. His question was my own. How indeed?

To be honest, it wasn’t a total shock. A few weeks before, we had gone to breakfast with these friends hoping to share our perspective on things and hear theirs. What we didn’t expect was the rage they directed our way. Even now, almost a year later, their words ring in my ears. “Dalaina, if you hate this organization so much, why don’t you leave? YOU are the problem. Everyone else in this community is wonderful, but you just stir up drama. You are a slanderer, a gossip, arrogant and prideful, and an unspiritual leader. The only failure that we see is that of the leadership not removing you from your position.” It was an attack so intense that this friend admitted in our last conversation a week later that he was shocked that we sat there and listened because he had “never spoken so harshly to anyone in his life.”

Despite the obvious anger-driven nature of the verbal attack, I took the feedback very seriously, sitting with it for weeks and bringing it to others in my life who are trustworthy to be honest even when I don’t want to hear it. After many days and conversations, my conclusion was that I am arrogant and prideful (working on that), and my choice to speak out was stirring up drama. However, speaking against toxic leadership was not only not slander and gossip, it was my obligation as someone in leadership and doing so was the very essence of holistic spiritual leadership.

This did settle my decision about what I needed to do moving forward, but the shock of the cruelty to my children and the easy betrayal of a friendship I had deeply invested in eased into a deep, continuous ache that soon spilled over into other relationships. When I appealed their ultimatum to their team leader and our human resources department citing the inappropriateness of that kind of relational fracture being left unaddressed on the mission field especially when innocent children were carrying the brunt of the harm, I was told that it was “their decision whom their children associate with.” The deeper issues of community and reconciliation between believers was left alone or, worse, I was told that we had brought it all on ourselves. Looking back, I think this was when I knew for sure that I could not remain overseas with this particular missions community or agency.

The spillover impacted my faith as well. I remember driving by our former friend’s house on my way home one Thursday night realizing that it was the time of the week that they hosted a worship night for English speakers, mostly other missionaries. A worship night that we were explicitly uninvited to. I felt sick to my stomach, and tears began to fall as I drove past. The verse in Matthew 5 began playing in my head. “Therefore, if you are offering your gift at the altar and there remember that your brother or sister has something against you, leave your gift there in front of the altar. First go and be reconciled to them; then come and offer your gift.”

Over the months, I have come to believe that this verse has less to do with human relationships. I don’t think it is simply about how God wants believers to be reconciled with one another (though that is certainly true). This verse speaks to a deeper and more hidden result of broken relationships between believers, and that is that injustice from one believer toward another actually impacts the victim’s relationship with God. Because when a person who is deeply and intentionally harmed by another believer watches that believer worship God and enjoy seemingly uninterrupted fellowship with him, she is left with two possible conclusions:

Last week, I finally got words to understand why it has been such a struggle to pray, to connect with God this past year. Why he feels unsafe too. In bed one night, my husband mentioned how hard it is for him to want to continue many of his relationships with people who weren’t necessarily participating in the community shunning, but knew about it and disagreed with it, had positions to advocate for us or to challenge what was happening, and chose not to. For him, the betrayal of silence and apathy was nearly as painful as the targeted betrayals of former friends and colleagues. When he said this, I immediately realized that this was exactly how I had been feeling about God. I feel betrayed by his silence and apathy, or at least by what looks like silence and apathy to me. As my son said, “How am I supposed to trust anyone when they tell me they care about me after this?” How do I trust God’s love for me when it feels like God is less concerned with justice, truth, and kindness than I am? It sounds arrogant to write it, but it’s actually more of a lament of a limited, human mind trying to understand why God does not act and why he seems to endorse what happened through his continued blessing on the community that rejected us. How can he still receive their worship when things are still so clearly broken between us? In many ways, concluding that God doesn’t exist at all feels less painful than wrestling with the idea that God himself seems to be making a statement of endorsement of pain and injustice.

4 thoughts on “Betrayed by God”