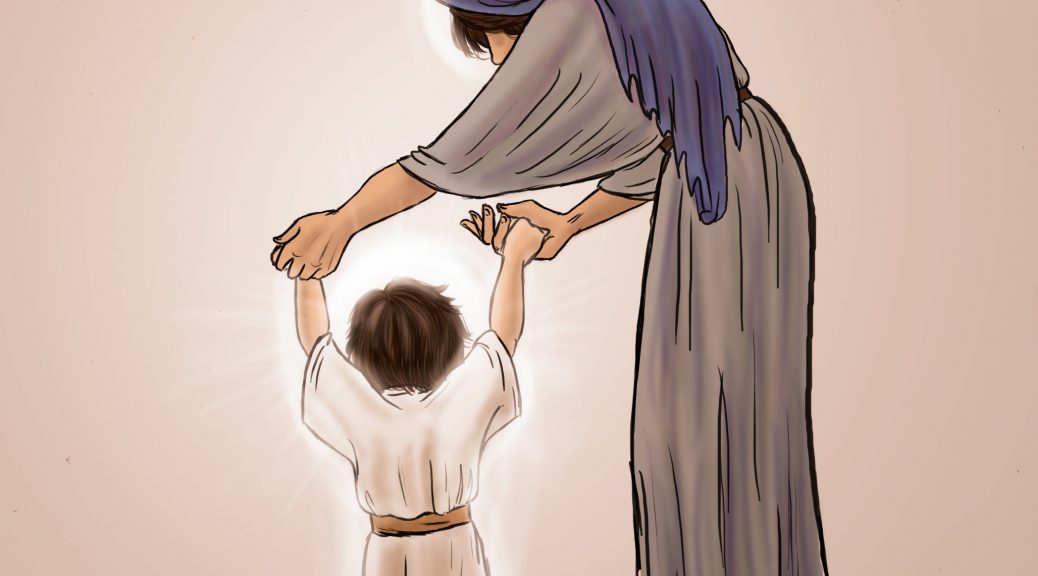 When we think about Jesus, we have to wrestle with the reality of both his divinity and his humanity, and sometimes these two seem in complete contradiction. For example, Scripture says that God is the same yesterday, today, and forever (Hebrew 13:8). We understand that to mean that he is unchanging. He’s also all-knowing and all powerful. But if we think of Jesus as a true human that means he began life as a baby and went through the normal development stages, which means he did change. He did not know everything and he was limited in power.

I find that it is easier for us to conceptualize the idea of God limiting his power when he put on skin to become human. Philippians indicates this submissive posture. But we don’t often think of Jesus as limiting his knowledge so that he could live a fully human life that includes growth and development, though there is an indication of it in Scripture, “And Jesus grew in wisdom and in stature and in favor with God and man” (Luke 2:52).

Recently, I heard an intriguing interpretation on Jesus’ encounter with the Canaanite woman in Matthew 15:21-28 in which Jesus initially said he was called to the house of Israel and referred to the Canaanite woman with a dog metaphor. It’s a troubling passage for many people because it doesn’t seem consistent with how Jesus treated people. However, it seems to be a turning point in Matthew’s book where Jesus is no longer interested only in Israel, very quickly his interactions with the Gentiles increase. The suggestion was that perhaps this was simply Jesus encountering a challenge to the implicit bias that he naturally had as a fully human, first century Jewish boy against the Canaanites. His initial response to her was a reaction and an assumption, but in an encounter with a human for whom this bias existed, Jesus developed. He changed and he grew because he was truly human.

This possibility makes a lot of sense when it comes to seeing Jesus through the lens of childhood development, a lens we must put on if we truly believe that Jesus was fully human. The startling aspect of this notion is that if Jesus was fully human and “grew in wisdom” that means that his sinlessness wasn’t in that he always knew everything and had all the answers so much as that when he faced any decision, he always chose the right path, the godly path. It wasn’t sinful to have been shaped with racism in this case – that is never the fault of a child! But when he was confronted with his childhood biases (for the first time?), he submitted to the Father’s heart and changed his mind and behavior (his inclusion of the Gentiles followed). Perhaps this is how Jesus was truly a developing human and was also perfectly God?

I find a lot of encouragement from contemplating Jesus from this angle. If Jesus continued to develop as a human during and even after childhood, it’s okay that I do as well. It’s okay that I am evolving and changing my mind. It’s okay that I have been and still am wrong about some things. It puts the emphasis on maintaining a posture of connection with God and humility to be corrected by him as my life unfolds rather than needing to insist that my way and my views must be right (because if I was wrong, I was sinning the whole time in my ignorance!). It’s so easy to see Jesus as divine and miss his humanity, but it is in his humanity that we become his brothers and sisters. His divinity made the way for us. His humanity showed us how to take it.